Cortona art is very rich. The town of Cortona was the birthplace and home of a few famous Italian personalities from the past. I’m talking about important people in the fields of art and architecture, who left a great heritage to Cortona and to the world through their works.

Luca Signorelli was a Renaissance painter. He was born around 1445-50 in Cortona and died in 1523, in Cortona. His art was influenced by his first master, Piero della Francesca, and later by the Florentine school. Luca Signorelli was a great emerging painter at that time and he even got to paint a fresco in the Sistine Chapel in Rome, the “Testament of Moses”. His masterpieces are considered to be the frescoes “The End of the World” and the “Last Judgment” (1499–1502) in the chapel of S. Brizio in Orvieto cathedral.

Luca Signorelli never abandoned his native town. In 1479 he was elected to Cortona’s Council of 18, and he was always active in politics. In Cortona you can admire several works by him, especially in the Museo Diocesano. An entire room here is dedicated to Luca Signorelli and it’s really astonishing. So many Renaissance masterpieces in such a small space! “The Assumption of the Virgin”, “The Mourning the Dead Christ” and “The Communion of the Apostles” are the most interesting, all created to decorate the main churches of the old Cortona.

But Luca Signorelli’s works are all over the town. Let’s not forget the Maec Museum, where a beautiful round canva shows the Virgin with the Child and the Saints Protectors of Cortona. They are Saint Michael, Saint Vincent, Saint Margaret and Saint Mark. The last one, San Marco in Italian, holds Cortona in his hand! 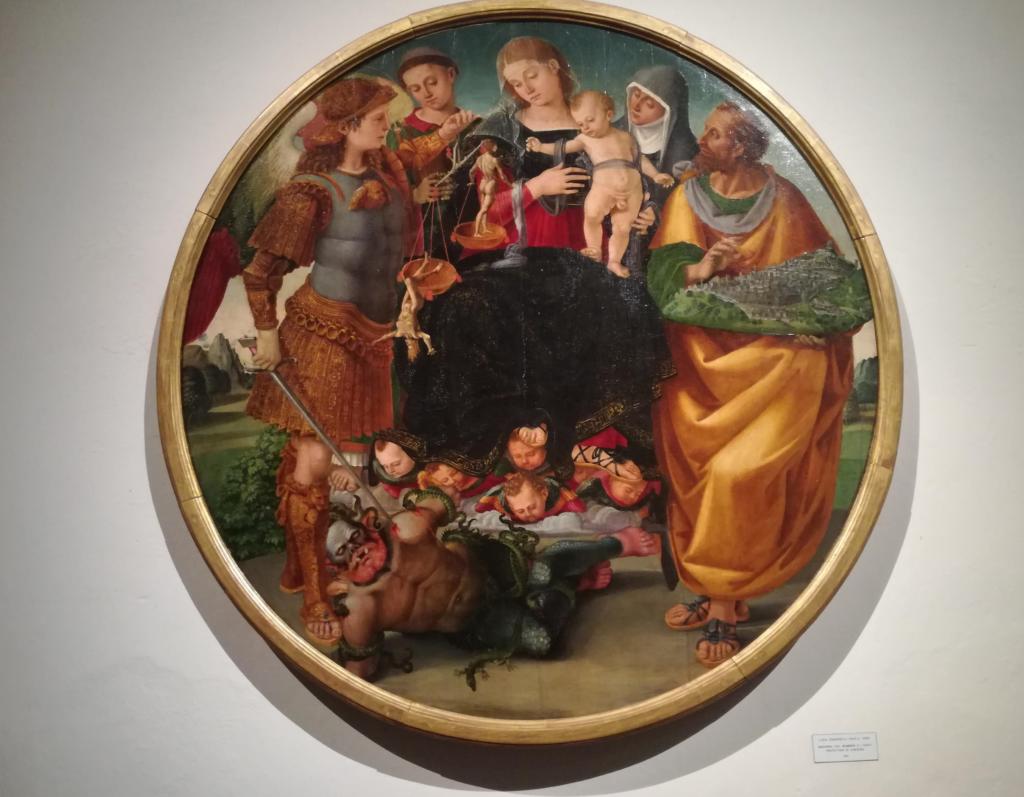 And the churches? Of course Luca Signorelli embellished Cortona’s churches. Besides the works that were brought and preserved in the Diocesan Museum, in San Domenico church you can still admire Luca his Madonna and Child with Saints (1515) in its original location. Also, in the small Baroque jewel of San Niccolò church, don’t miss the unique “Company Banner” on the main altar. It is a canva painted in 1510 on both sides by Luca Signorelli for the Company of San Niccolò, the Charity company which still owns the church.

Pietro Berrettini, better known as Pietro da Cortona, was a Baroque painter and architect. He worked mainly in Rome and Florence, but he was born in Cortona, where you  can still see his native house. A marble sign is posed on the facade of this building in the upper part of the town, in via Berrettini (also named after him, of course!). 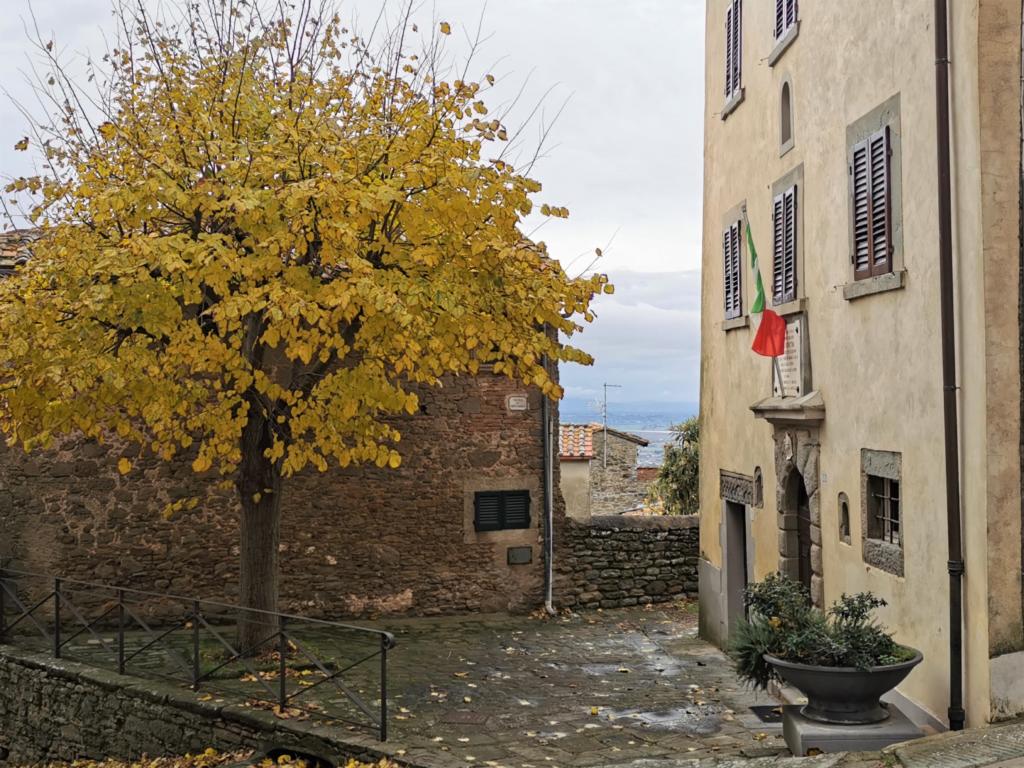 Pietro da Cortona painted the vault of the salone in Palazzo Barberini in Rome and many frescoes and decorative schemes for the Medici family in Florence. Some of his architectural projects (though never built) are regarded as very distinctive and inventive for his time.

In Cortona, one of his last works is an Annunciation (1665) displayed in the church of San Francesco.

Gino Severini was an Italian painter and a leading artist of the Futurist movement. He was born into a poor family in Cortona and later moved to Rome (where he started his art career) and to Paris. Here he met Umberto Boccioni and Filippo Tommaso Marinetti (co-founders of the Futurist movement) and several important artists of the time, including Pablo Picasso and Amedeo Modigliani.

For all his life he returned many times to Cortona and produced or left many of his works here. There is a whole room dedicated to him at the top floor of MAEC Museum. Note how his young Maternity portrait seems in contrast with other super modern and complex works, turning to Cubism and Neoclassicism… really interesting!

In Cortona, Severini also made the mosaics for the Stations of the Cross of via Santa Margherita, commissioned by the bishop of Cortona after the 2nd World War (as I tell also here: Saint Margaret, saint patron of Cortona and the festivity). In the Museo Diocesano, you can see the preparatory sketches for the beautiful 14 stations, including a 15th additional station representing St.Margaret adoring the cross. The mosaics are unusual, representing the story of the crucifixion in a cubist-style, worth seeing also for the great location with spectacular views of the valley along the hike! 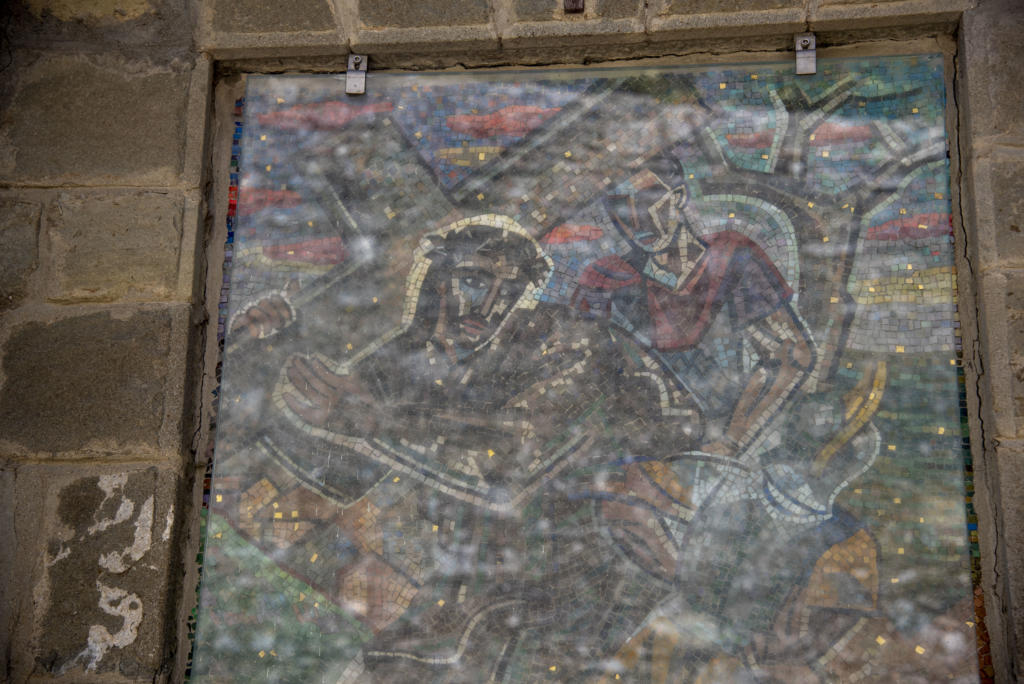 As well as the via crucis, one of his artworks best known in town is the mosaic of San Marco. This is a large mosaic, made in 1961, decorating the lower façade of San Marco church, so large and colorful that is visible from a great distance.The mosaics represents Saint Mark, patron saint of Cortona together with Saint Margaret, with the lion and the townhall on the back, a great symbol for Cortona to which locals are really attached. 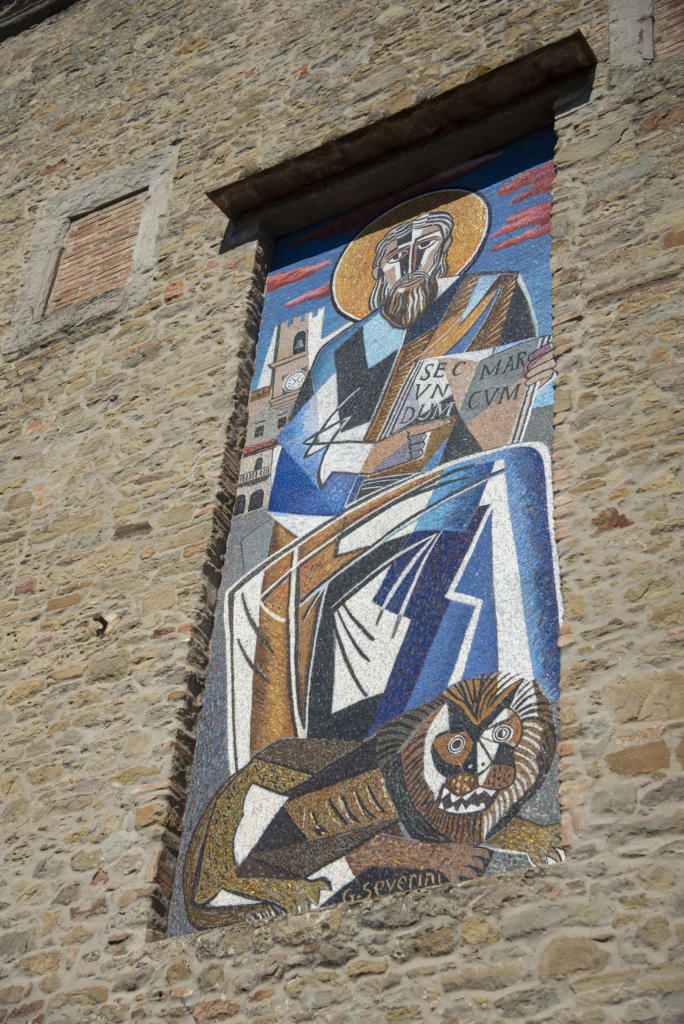 Severini died in Paris on February 26, 1966, and was buried at the cemetery in Cortona.

The most famous hidden gem: The Annunciation by Fra Angelico in Cortona (1434)

Beato angelico, also known as Fra Angelico, was originally from Fiesole (Florence) but briefly worked also in Cortona. It seems that a rich merchant of the town commissioned him the Annunciation for the church of San Domenico. Now the great masterpiece is displayed at the Museo Diocesano. Beato Angelico painted several versions of the Annunciation scene, one of which is in Madrid at Prado Museum, one in Florence and one in Cortona! The Annunciation dates back to the year 1434 and it’s perfectly preserved. 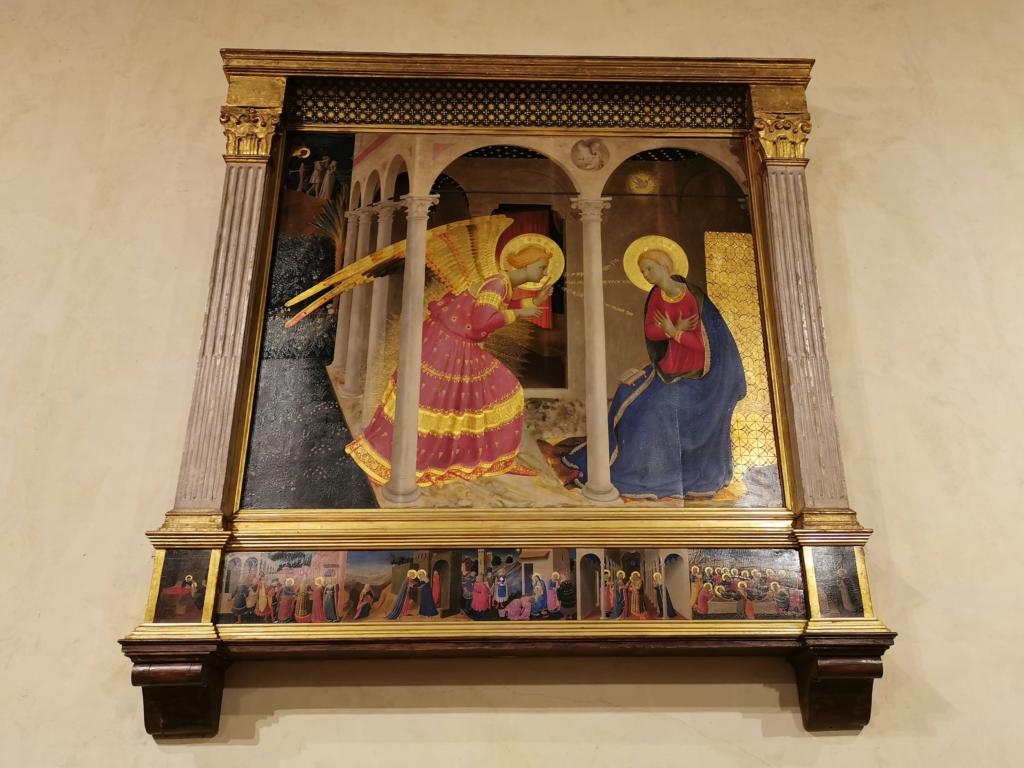 In the museum there is also a wooden Tryptich, the remarkable Madonna and Child on throne with saints. Last but not least, by Fra Angelico you  can also see the beautiful fresco above the portal of San Domenico’s church.

Finally… What is my recommendati0n? Breathe and look for art in Cortona. There is art in every corner, whether  it’s modern or Renaissance. you won’t be disappointed. Don’t miss the small, superb Museo Diocesano, it is a rare pearl to see in Cortona!

0
LivingCortona 8 January 2020
No Comments Yet

What to do in Cortona with kids