Cortona has a long history of ceramics production. How many towns can boast of having a unique decoration, like Cortona’s flower? The flower, either a daisy or a sunflower, is green and brown on a yellow background. Such a typical decoration has distinguished Cortona’s “cocci” for years and seems to fascinate tourists and locals in the same way. Plates, vases and cups can be found almost in every house around Cortona’s territory. In town there a couple of workshops (called “cocciai”) selling the typical decor ceramics, they still make everything by hand, be sure not to miss them! 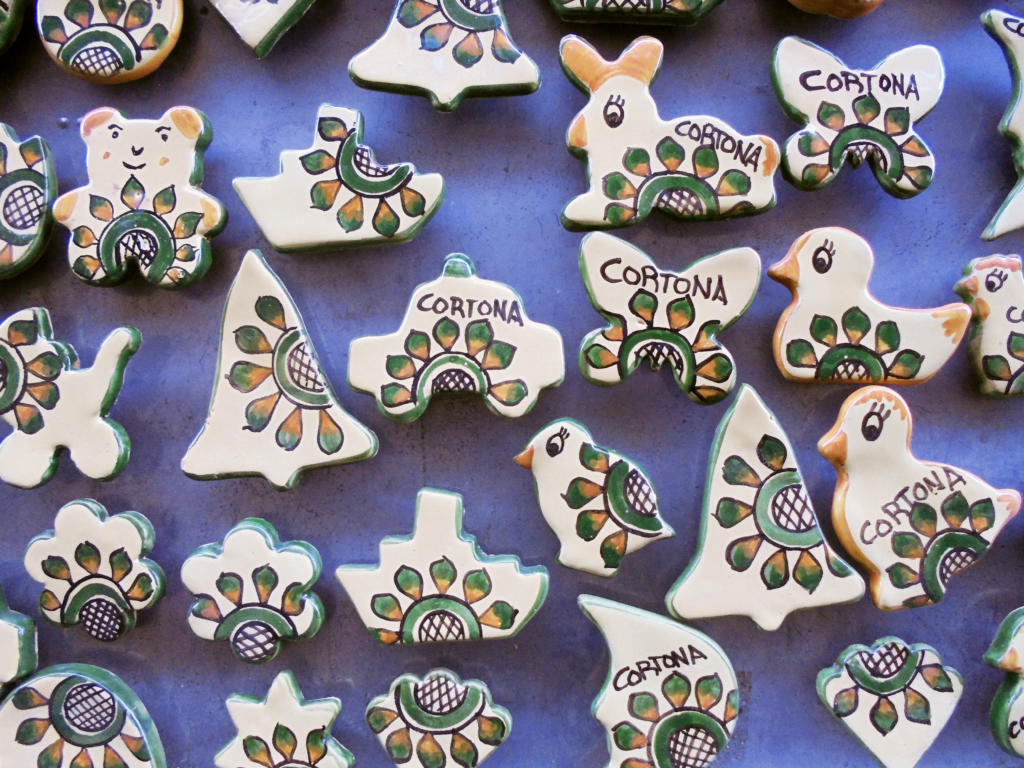 About one hundred years ago, the typical “cocci” (as we call the earthenware in Tuscany) were simple everyday objects. They used to be produced in the furnaces of “cocciai”, a little neighborhood just outside the city wall where clay objects were cooked and sold (now Via Del Duomo Vecchio and Borgo San Vincenzo). The first “popular” decoration was the mottled one, yellow with green stains. You can still find this design in the ceramics shops in town, I think it’s really pretty and modern! The colors were made from natural ingredients that were available in the countryside. It is not by chance that they remind us the shades of the Valdichiana hills, plenty of sunflowers and wheat fields!

Catrosse: the factory of fine ceramics in Cortona

But the story of Cortona ceramics is not all about the popular flower and reveals a great tradition coming from centuries ago. In the early XIX century Cortona had its own production of fine ceramics and an important factory, named Catrosse. The pieces produced in that period in Cortona are very similar to the ceramics coming from the famous factory of Ginori family. Certainly the craftsmen of that time influenced one another on shapes and styles, but there is also an historical reason.
The Catrosse factory was founded by the Marquises Venuti. Maybe you will remember Marcello Venuti, the first supervisor at the Roman excavations of Herculaneum, in Naples, and founder of the Etruscan Academy in Cortona. Thanks to his influence, his son Domenico Venuti studied in Naples and became the director of the ceramics factory “Real Fabbrica Ferdinandea”, founded by Ferdinand IV of of Naples. This factory actually replaced the famous Capodimonte factory in Naples, which was moved to Spain by King Charles III.
The Venuti family played a central role in developing the new factory and the tradition of fine ceramics in Naples, which had their best production between 1780 and 1800. Domenico Venuti also brought to Naples expert artisans from the well-known Ginori factory in Florence, founded in 1731 by the Marquis Carlo Ginori. Domenico’s younger brother, Curzio Venuti, also reached his brother in Naples and learned the techniques that he would eventually bring back to Cortona.
So, in the same years, the Venuti brothers opened their own factory, Catrosse, in the village of San Martino in Cortona. Catrosse was the name of their villa, were they established the furnace and produced the first fine ceramics in 1796. Today a few pieces of the Catrosse production are still visible in the Maec Museum, in some private homes in Cortona and among antique collectors all over Italy. A special exhibition hosted by CortonaAntiquaria will celebrate this tradition, from August 24th to September 8th, with over 50 exclusive pieces on display. Save the date! 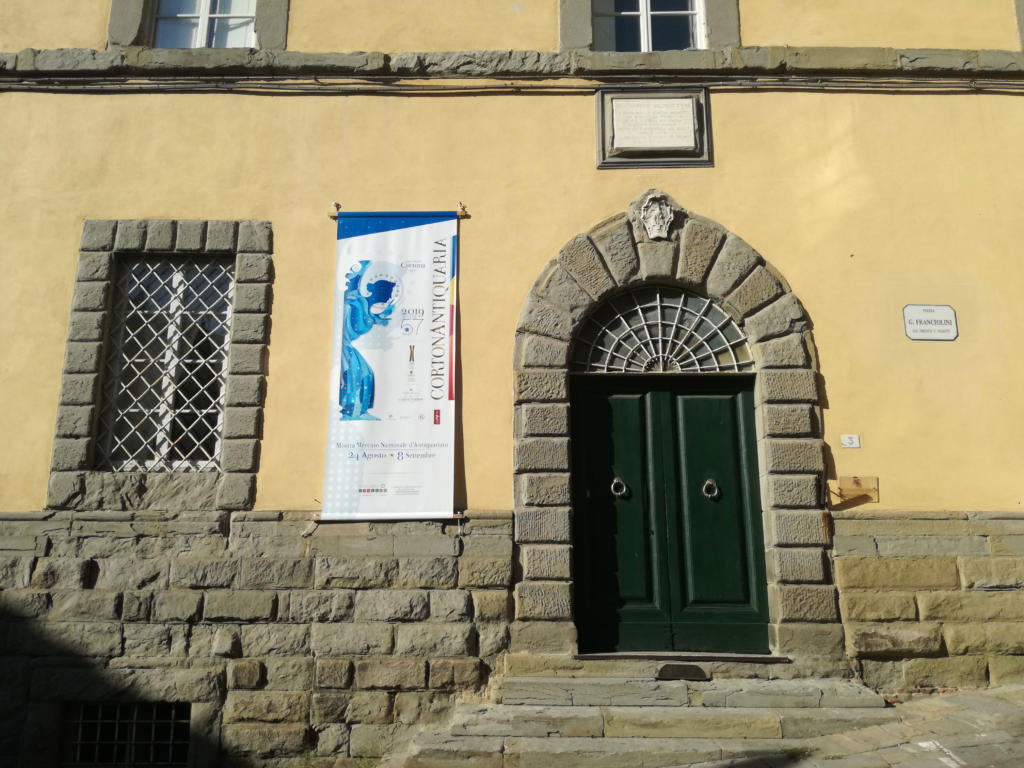 What to do in August in Cortona, Italy

What to do in Cortona in September